let your perpetual Light shine upon them 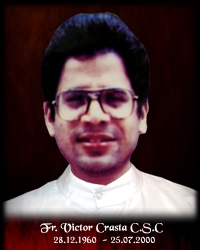 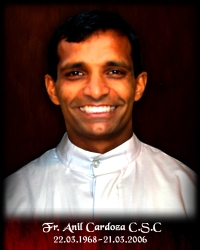 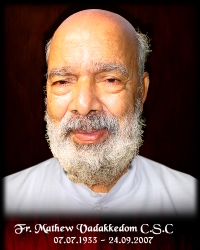 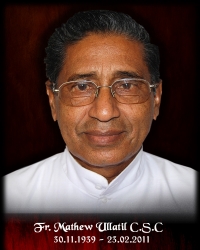 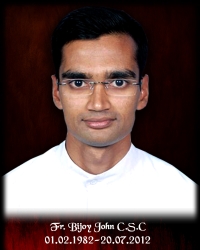 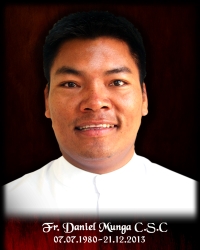 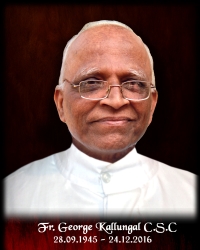 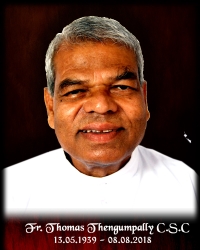 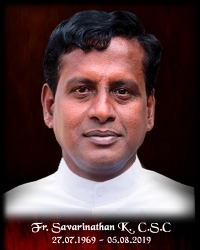 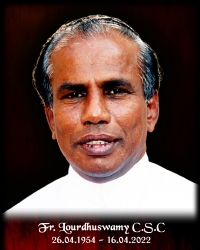 Rev. Fr. Lourdhusamy, CSC, was born in Rangoon, Burma, to Lt. Yagammal and Lt. Savarimuthu on April 26, 1954, as the second of seven children. Josephine Mary is his elder sister - Viyagula Mary, Victoria Mary, and Packya Mary are his younger sisters, and KulandaiSesu and Amalraj are his younger brothers. We are happy to welcome Fr. Lourthu's family members to his last rites as we sadly bid farewell to him. We pray the love of God enfolds the family members of Fr. Lourthu during this challenging time and helps them heal their pain over time.

His journey in Holy Cross began with Lt. Fr. Philip Payant CSC. He brought him to Holy Cross Seminary at Trichy, Tamil Nadu, where he completed his PUC and moved to Bangalore to complete his bachelor's degree in History. After a successful year of Novitiate, Fr. Lourthu made his first profession in the Congregation of Holy Cross on May 30, 1977, at Yercaud in Tamil Nadu.  He then went to Pune for his Philosophy and Theology degrees and made his Final commitment to the family of Holy Cross on July 29, 1983, at Pune in Maharashtra. Subsequently, he was ordained a priest at Somarasampetai, Trichy, on May 5, 1984.

His missionary journey in Holy Cross began with his first appointment as an associate pastor at Kathalcherra in October 1984. In September 1988, he was installed as the parish priest of the same parish and remained there until October 1991. In November 1991, he was elected as the assistant provincial and shouldered the leadership of North East India's missions. After his term as the assistant provincial, in 1994, he went to the US for his updates. In June 1996, he returned to the Northeast to shoulder the responsibility as the parish priest of Depacherra, where he served seven long years. During this long tenure, he faced many challenges at the Depacherra mission, including theft and other political unrest including an attempt to ambush the vehicle in which he and other co-missionary team members were travelling. Fr. Lourthu cherished this beautiful mission at Depacherra with great care.

After serving as the principal of Holy Cross School, Panisagar, he was appointed as the parish priest of Kumarghat in April 2004 where he served the next three years. In July 2007 he was back to Kathalcherra s parish priest till he retired due to ill health in 2012.  From then on, he was a resident priest at Andre Home, Agartala. till the good Lord called him to his eternal reward on April 16, 2022.  Incidently this was ten days before his 68th birthday.

Fr. Lourthu was a great missionary, and he opted to work in the missions of North East India all along his life. He was a very affectionate and passionate pastor. He was an ardent, faithful religious of Holy Cross. He possessed a generous heart, especially for the children. He was a cheerful person with a positive attitude and an inspiration to many generations of Holy Cross religious. His passing to eternal bliss saddens us. But we celebrate his life here on earth, especially his missionary zeal and love for the people he served. We will miss his physical presence but console ourselves with the thought that the Congregation of Holy Cross, Province of North East India, will now have a heavenly intercessor in the person of Fr. Lourthusamy, CSC. May his soul rest in peace.